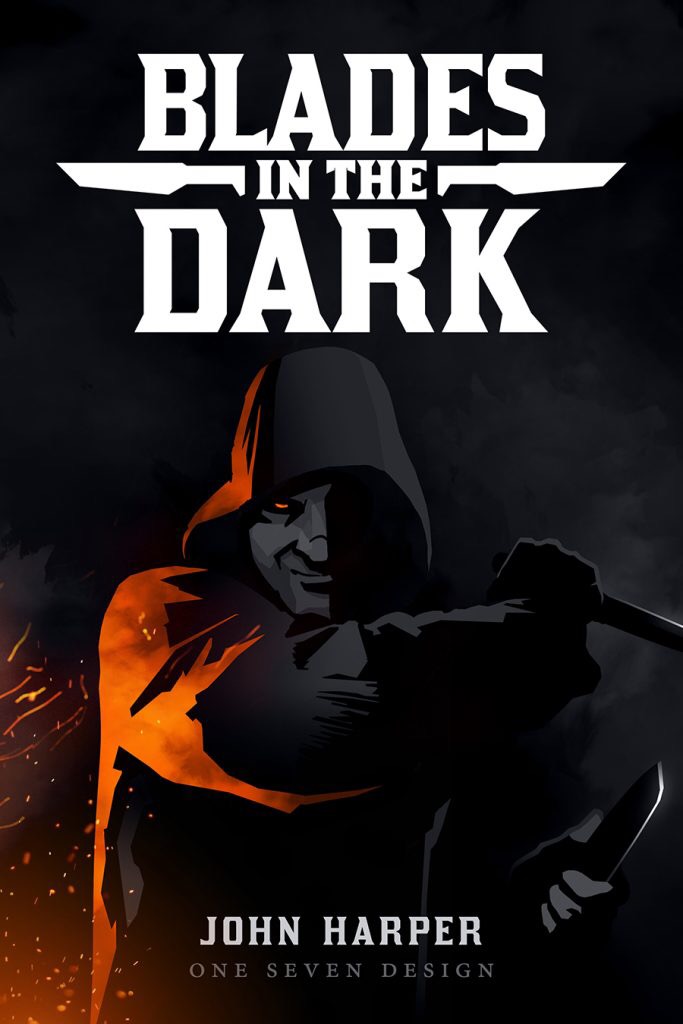 I really don’t like this question, “Which RPGs Are The Easiest For You To Run?”

The ones I run of course. There are more RPGs out there than I could possibly run or even play. But if they look difficult to run, then I rarely even try. And if I do try, and they are difficult, then I don’t ever think about them again. But I can pick up pretty much any game I own now and run it with equal ease. So I can’t, and won’t, answer this question.

Instead I’ll talk about a game I played on Sunday. I was invited (slightly at the “last minute” because someone else had dropped out) to a demo  game at my FLGS of Blades in the Dark. We turned up at 11 am, and Dan, the very competant Blades GM and Kickstarter backer, offered to take us through the whole set up, creating characters and a “campaign”, creating an adventure and going through the downtime actions too. You couldn’t ask for a more complete demo. The only limit he imposed was that we should play the basic group type (groups get their own group character sheet), Shadows, rather than pick one of the other types.

We all got to choose our characters though. Like “powered by the apocalypse” games, you start character creation by choosing a “playbook”.  I went for a Slide which is a “face” type. Completing the playbook is perhaps a little more complicated than many PbtA games. You get to add some pips to a list of twelve “actions” or very broad skills, or FAE approaches, like finesse, for example which covers sleight of hand, pick pocketing and fencing, among others. The first pip you add to an action also adds to your rank in that actions stat – like many games nowadays there are three: insight; prowess; and resolve. You choose your heritage (where in the world you come from) and your background (I chose a down on his luck noble from vaguely Arabic Iruvia). We each got to choose one of the list of special abilities in our playbooks. I chose one that said I could alway tell when other person was lying. We also had a list of contacts in our playbook and we each chose one as a friend and one as an enemy.

Then we tackled our group’s character sheet, choosing a lair, area of activity, and factions with which we had relationships, good and bad. These choices and our choice of group shape the campaign we would end up playing. After a little thought, simplified by the initial restriction upon our choice of group, Dan came up with a client, and a mission – to retrieve a dossier from a police inspector before he takes it to the capital city.

The dice machanic owes less to PbtA, than to the latest version of Gumshoe121: roll a number of dice equal to the pips you have in the approach, take the value of the top scoring die. Six is success, four or five is a partial success, or with consequences. Three or less is a failure, with appropriate consequences. The GM never rolls.  Like PbtA, it’s a system designed to create tension and story through failure, rather than emulate heroic myths. Though there is a nice exception, if two dice roll six, that’s a critical success, which served my faceman well, when I audaciously tried to convince the policeman we’d just robbed to escort me to freedom.

Downtime happens between sessions, and the choices  you make re: experience, recovering from your wounds, stashing your coin etc. help the GM in defining the next adventure. It’s an easy system for time limited GMs who want an almost prep-free game.