I am going come right out and say this. I love creating Forbidden Lands characters randomly. Before moving on to read the GMs’ Guide, I am reading the first half of the Legends and Adventurers booklet. Only the first half mind you, I will return to read about random legends and monster creation after I have read about the pre-created ones in the GMs’ Guide. I will admit, this is another thing that I read in beta, quickly rolling some dice and creating a Druid a couple of months back. It went well enough, I thought to myself that I wouldn’t normally choose to play a Druid, but I could get into it. 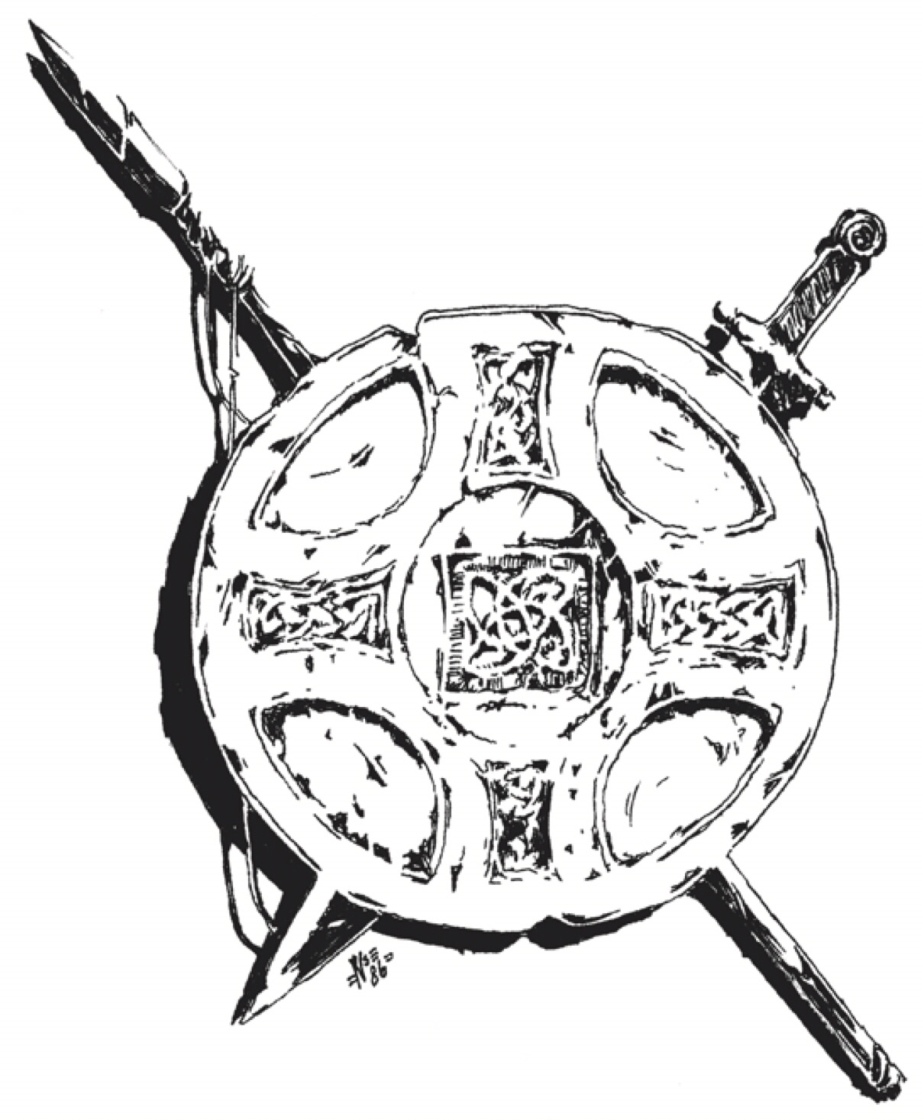 This time though, I imagined myself as a group of five, sitting round a table creating their party. The rules here are very simple and clear, with a checklist at the front to explain the process. First “we” rolled our Kin. It’s a d66 table, with results weighted towards humans: eight results get you an Alderlander; five, an Aslene; three, an Ailander, so sixteen chances of being human. Compare that with three chances each to be a half-elf, halfling or orc; four of being a goblin, and just two to become a Wolfkin; Dwarf or Elf. So, though I feel I am going to be trying to persuade all my players to roll characters this way, I might relent when it comes to Kin. If your player is desperate to play a Wolfkin, then I wouldn’t make him roll on this table. I should say that many of the steps say “Roll or choose”, so giving players the choice is Rules As Written, I am VERY tempted no make them roll though… Am I evil?

However my imaginary party turned out to be quite diverse. Player one rolled 54, an Orc and player two got 65, and Elf! Players three and four two got 21, and 16, making them both Alderlander Humans. Then 56 got player five another Orc.

Next you write down you Kin talent, from the Players’ Handbook and then return to the Legends and Adventurers booklet to roll your background. This is one of the few roles where RAW says you don’t get a choice. There is a table for each Kin, and it’s short and sweet, requiring only a d6. Player one’s Orc turned out to be brought up as a minstrel. Only the tiniest double take from me, before I remembered thinking, aged 17 how the Pogues’ Wildcats of Kilkenny sounded like music Orcs would play. The Elf was a fighter. The first Alderlander was a Hard Studier, the other one a vagabond. The other Orc was brought up a Loner. Remember, as we will see, these are NOT predictors of profession. But they do give you your attributes (totalling 15 points) and six points of skills. Some upbringings are more rounded than others – the Minstrel Orc for example got just four skills, including rank three in performance.

Then, you roll (or choose (but roll dammit, ROLL!)) your profession, followed swift,y by your professional talent. Player one’s stagestruck Orc became a fighter, the fighting Elf became a rogue. They got the Path of the Blade and the Path of the Face talents, respectively. The studious Alderlander became a Hunter, with Path of the Forest (already you can see him or her being one of those nature obsessed kids, growing up to become a ranger). The vagabond became a minstrel, and I my head I saw both his player, and player one, scowling at each other and complaining that the system isn’t fair. It’s worth pointing at that at this stage, the Orc Fighter has perform rank three, and the Human Minstrel has no Perform at all. I am also imagining the Orc player scoffing that Humans have no sense of rhythm. The loner Orc becomes a Sorcerer in the Path of Stone.

Formative events come next, with a roll (not a choice) on a table for your profession. It’s a d6. The orc Fighter became a scout, the Elf joined a gang of robbers. The hunter tamed a horse, and his fellow Alderlander wrote a popular song. The orc Sorcerer, true to his loner roots sought out a secluded location to study magic. Each formative event gives you two points of skills, a talent and some equipment. So for example, that sorcerer, living off nature’s bounty, got a point in survival, and the Quartermaster talent, a tent and cauldron and one rank in the Lore skill. The human minstrel got one point in performance, a point in manipulation and the lucky talent. Also ink, quill and a parchment – which, the orc fighter insists, is just as well, because it doesn’t make a noise.

And so the group, and the relationships, begin to form. I chose to stop there, with all the characters young. But if you want to become an adult you roll another formative event and drop one point from one of your attributes. If you want to start out old, you roll a third formative event, and drop another point from an attribute. When you have chosen how old you want to start, you can reassign one attribute point of your choice. I feel my orc fighter might take one of his Empathy, reducing it to two, to add to his strength, making it four. As an orc fighter, where Strength is a key attribute for both Kin and profession, some of this compatriots might have strength six, so four doesn’t make him massively strong.

Finally (almost) all one one player rolls on the How did you meet table. The orc fighter the Elf rogue, and the hunter all met on the run from the Rust Brothers. The two humans are bound by a shipwreck, and I imagine that together the players might suggest that it happened when they were very young, and though brought us as Alderlanders, they might share an unknown origin. That player rolls 14, suggesting he had been ambushed and saved by the Orc Sorcerer. But I imagine the two players agreeing that perhaps it was the Orc who was saved by the rest of the party.

God I love everything in this system. Do it. Don’t choose! Never choose!