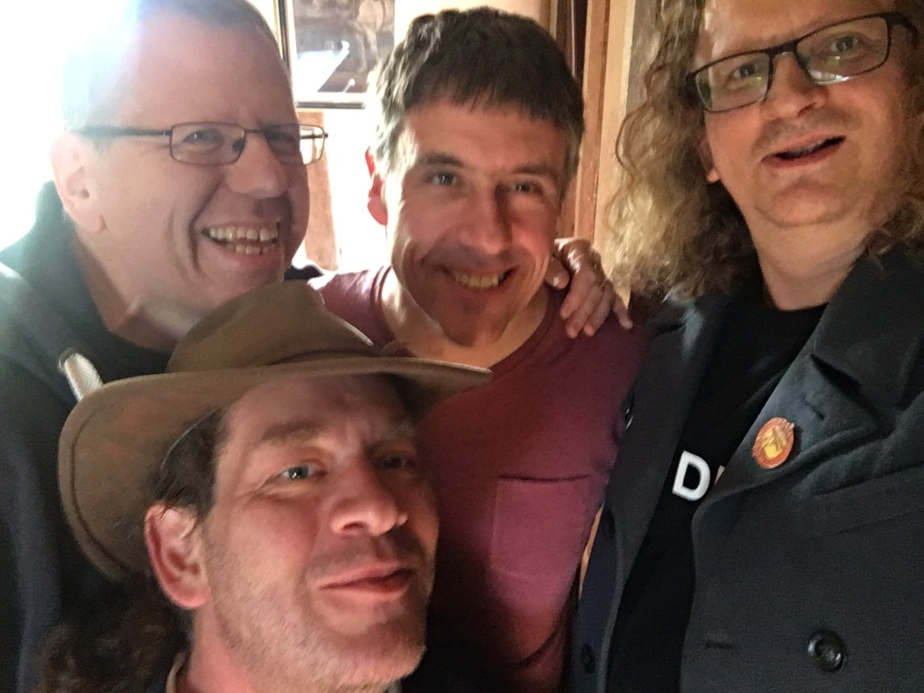 We had “the best three days of gaming” again last weekend. Not a convention, just four of us renting a cottage in the countryside and playing games, with the occasional break for a meal or a walk. It went well enough that we are already discussing which weekend we will be booking the same cottage it for next year.

Log fire lit, we kicked off on Friday night with Dave’s excellent spaghetti Bolognese, and Forbidden Lands. The adventure was entirely randomly generated, using the excellent tables in the book and the Legends and Adventurers booklet. (And that generation went so well that I should write a separate blog post about it, maybe later this week.) There were two disappointments: we had hoped that we might have had physical copies (and the combat cards) by then, but we are still waiting for distribution to start in English; and, having spent some time setting up the recording rig, I somehow managed to get my laptop to revert to its own mic. So, all along I was thinking “wow, this is great game for the podcast”, but I ended up with a recording no-one will want to hear.

So, what did I learn from this game? Always do a final recording check, just before you start playing, even if you already did one when you were setting up half an our ago.

It’s particularly galling because our previous Forbidden Lands AP has been among our most popular episodes, demonstrating a demand out there for more. That’s a demand that will have to be sated by the Grindbone Challenge at Dragonmeet on Saturday 1 December in London. Join us at the #PodcastZone to create a character, then see how they survive the slave-pits of Grindbone.)

These evening games were enhanced with beer. And whisky. 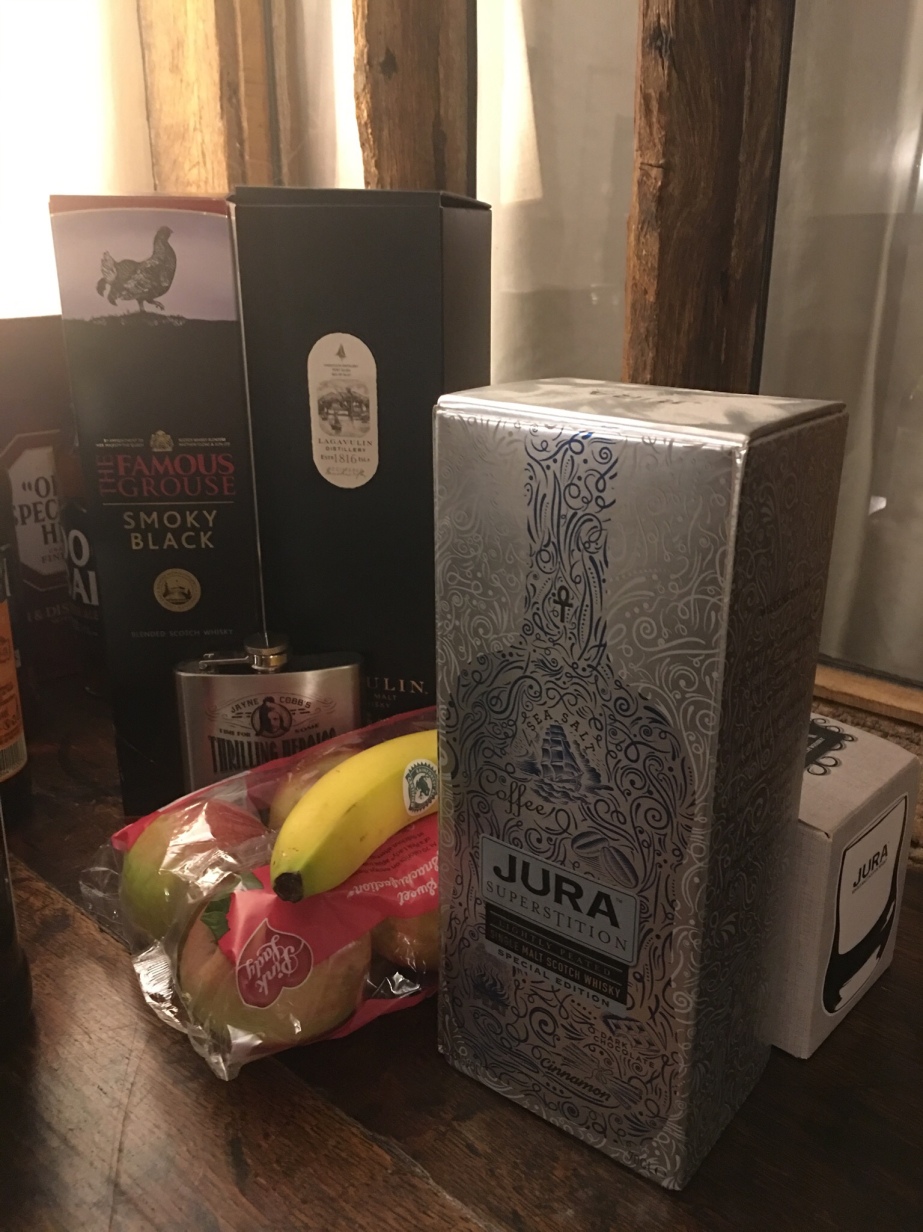 After a late night, it was time to move on to Tony’s Legends of the Five Rings adventure. We are still using the 4th edition ruleset for this, bit we hardly needed any rules at all. Most of the session was pure role-playing as we tried to uncover the Emerald Champion’s involvement in a cabal before my character had to duel him (which given my character is insight rank two, would not have gone well). What did I learn from that game? Not much, other than having my love for the game confirmed. And while I love this ruleset so much, I can’t imagine going out of my way to get fifth edition. It’s funny, this is the first time I have been an old stick in the mud, in danger of falling into the edition wars. But its not a war actually – if I were invited to a L5R 5th game I would happily play, I am just not ready to invest in the books.

We split this game with a walk of a few kilometres to a pub for lunch. This was about as much exercise as we got all weekend.

In the evening we played Symbaroum, wherein our characters finally had to venture into the forest of Davokar. This recorded well, so you will hear Dave running an excellent adventure that followed on from the one that is currently being serialised on our podcast feed. What I learned about this, is that I am finally forgetting my issues with the system, and the binary nature of the d20 resolution. There may be two reasons for this. The first is knowing that Dave’s multiple dice vs reduced effect houserule is there if I want it. I can’t remember invoking it, but I might have done, I’ll have to listen again to find out.

On to Sunday morning, which started off with a full English, meat supplied by Andy, and cooked by me.

Then Andy ran a session of Savage World of Solomon Kane for us. I love this game, I love playing a deeply flawed character on a redemption path, my Dutchman Willem Van Der Hoorn is “jingoistic” as it’s called in the rules – nationalistic and racist. And given the cosmopolitan (if somewhat orientalist) setting of the original stories that means he can be a real pain to be around. We’re not recording this campaign, and it’s just as well.

What did I learn? There was a moment when my character had the opportunity to sacrifice himself for the greater good, and I would have done it too, were it not for a guy we killed (!) earlier in the story who appeared in a deus ex machina manner to take my place. So I guess my character may have learned that even faeries can occasional be better braver than him, and perhaps he has seen how he might try and be better himself. The Savage Worlds rules are rollicking good fun though. I wanted my character to be an excellent swordsman, and even at novice level, he is pretty damn good, hard to hit in a fight, even though he has to spend the first round of any fight explaining how much better he is than his opponent.

In the evening I ran Coriolis. I am quite pleased with this adventure, and I might write it up to share it. It’s been a year since we last played. And in my desperation to use all my darkness points, I threw more and more reinforcements at the crew in a chase across the icon city in Mira. By the end, they were well and truly broken. This sort of picks where they left off, having been hospitalised, tried and convicted. I started with their stasis pods getting ejected from a prison ship, to make planetfall on an un-named “prison planet” where the adventure was set. We have recorded this one, so I won’t spoil it. What did I learn? That late at night, or rather in the early hours, is not the time to introduce players to a stubborn AI, who offers them an impossible choice. Looks like this adventure has become a two parter…