We featured this on the podcast a few weeks back, and for some reason I never posted it. But now, on the event of #Dragonmeet, and our Grindbone Tournament in the #PodcastZone, now seems as appropriate moment as any to share it.

The Correctional Detention Colony on the heavy moon, G71b, has a reputation.

It is built along the Panopticon principles of Victorian prisons, modified for life support controlled closed systems. A secure observation and administration block post sits at the centre of three (in this particular case) wings of the facility.

Kitchens, eating areas and all other communal facilities are on the upper floor with the cells themselves on lower levels, cut out of the unforgiving rock of G71b. Each wing is entirely self contained. With its own life support system. There is one way in and out of the wing, and that is through the core. Once past the security lock into the core, prisoners mostly head down into the mines where they earn their keep. Rarely they head up, into the administrative block, but that is usually only to visit one of the infirmaries when they are injured.

They never get into the panopticon itself. The giant multi-level control room, with screens that can peer into every aspect of a prisoners life, and large Plexiglass windows, that afford a clear view down the length of all the communal areas of each wing. On G71b, the views offered by this design have inspired the guards to create a novel spectator sport.

Every third week, after the inmates are locked safely in their cells, the wing’s guard patrol tours the wing, hiding a number of basic weapons in locations scattered about the wing. Then, once the guards are safely back behind the bars and plexiglass windows of the observation block. Lots a drawn, and five random cell doors open.

Prisoners new to the facility are often reluctant to leave their cells and explore the wing, if their is one of the cells that opens. But, if they choose to stay in their bunks, they soon learn the error of their ways: a more experienced prisoner will eventually charge into the cell and beat them in their beds, until they are broken.

If your cell door opens in the middle of the night, and you are wise, you will quickly leave this dead-end trap, and search for one of the hidden weapons. For the next guard patrol will only happen after at least three prisoners have been broken. Deaths are rare, and the injured prisoners are taken the infirmary. The winning prisoners have learned that, if they return to their cells quietly, they will have earned trustee privileges from the guards. If they don’t go quietly, the guards are more numerous, better armed and better armoured than them. The choice is stark – end up in the infirmary with your victims, or back in your cell with light duties for the month. More than that, the guards that bet on the winners, and won money will seek them out and proffer rewards – the chance to record a message to send home, contraband, fresh food, etc.

Those messages home are vetted of course, but enough clues have escaped the censors to spread rumours about this sport, and the inmates’ nickname for the Correctional Detention Colony: Grindbone.

Until recently, the authorities have turned a blind eye to this illegal activity on behalf of the staff at Grindbone. As long as the ore kept coming from the mines of G71b, the Company, and by extension the government were happy with any … incentive programmes that the Governor might choose to run.

But recently, production has not been meeting quota. Governor Mitchell is under pressure. Recently a Company Operative called Dostoyevsky has arrived, with a team of scientists and a strange cryogenically stored cargo. They took over one of the infirmaries, complete with three of its patients. And now Dostoyevsky is pressuring Mitchell to turn the regular Grinbone tournament into what she describes as “A scientific study…” 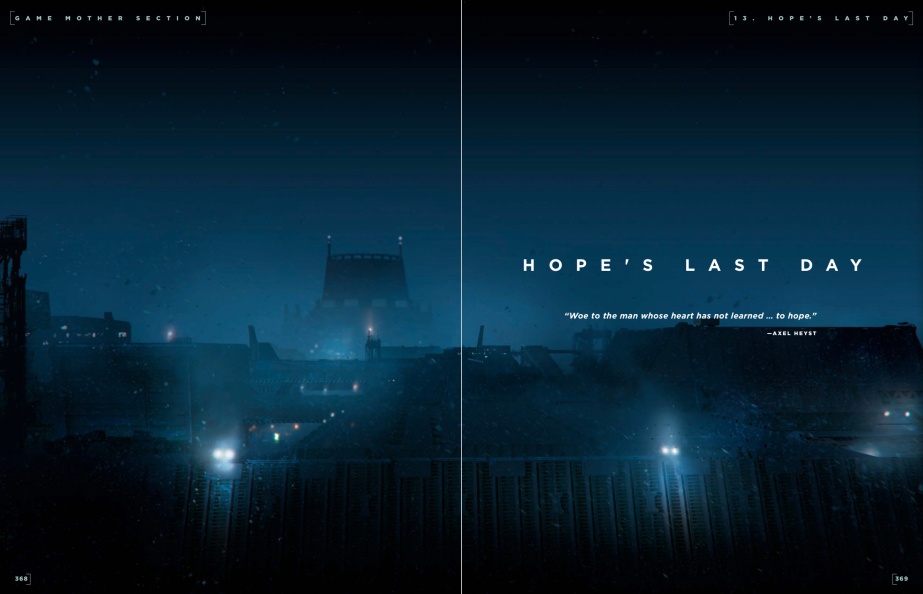 Its just been confirmed that we will be at Dragonmeet at the end of November, running the Free League stand. We will be handing over hard copies to pre-order customers who want to pick it up there and save delivery costs, and there will be copies for people to look at, if not buy.

I am sure the Alien buzz will be high, and we want to try and ensure there are games people can join in on. So if you are coming, and have pre-ordered, please consider signing up to run a game. You will have received the full PDF by then, so we humbly suggest that the adventure in the core book, Hope‘s Last Day is very con friendly. It’s what they ran at GenCon 🙂

If you want to volunteer, you will need to tell Dragonmeet, before us. You can find the sign-up form here: https://www.dragonmeet.co.uk/gms.html but do also drop us a line, so we know how many games are running. If you are running any other Free League games, tell us about them too, and we’ll promote them on the next couple of episodes of our podcast.

And remember if you want to pick up your copy, you will need to tell Free League (not us) in advance. Check your newsletter, which said “If you want to pick up your pre-ordered copy of the game at any of the three pickup locations, please email to tomas and write “PaxU Pickup” in the subject line. We will then refund your shipping cost, but only after the pickup is actually done.”

Well, it’s taken me most of the week to recover from Dragonmeet. And I needed some time to do the work I am paid for, and to catch up on my PhD study, which has taken the hit for most of time I dedicated to gaming in November. (November involved a lot a gaming related stuff, and my posts tab is littered with half-written posts on our trip to Stockholm to meet with Fria Ligan and Jarnringen, and our weekend gaming retreat in Norfolk. But rather than finish any of those, I’ve decided to start another one.)

Some of the things I’ll mention here deserve posts of their own, and I’ll try and get those out, but maybe after I’ve completed at least posts, to cover the topics I mentioned above. Right now though, Dragonmeet is the order of the day. And the order of the day is a good place to start.

This year, the organisers changed things about a bit, starting the morning game sessions an hour earlier, and the afternoon sessions, an hour later, so that people had more more around lunch to, … err … get lunch, and to visit the marketplace and buy stuff. It’s a great idea I think. It did mean that I had to get there for eight in the morning, to sign-in. I was on two sign-in lists, as I was GMing, and also taking part in the #PodcastZone. My co-podcaster Dave arrived shortly after, and we dumped our stuff in the #PodcastZone’s makeshift studio room and went off to a local (very good) little cafe for a coffee and pastry. And a big bottle of water.

The set up for GMs was better that it had been a couple of years ago, the last time I GMed. That was at a different hotel, and GMs arrived to find a pile of tables, a stack of chairs and a head of tablecloths which we had to sort out ourselves. I had been the first to arrive. As those tables were really small, I had put three together, covered them with a tablecloth and set up the Firefly RPG game only to look up a see that each other GM gad a single table. By then though, my players started arriving, so we played in the luxury of three times as much tablespace as every other game. I did feel a little guilty though.

This year, I was pleased to discover the hotel staff had set up tables. Not as luxuriously expansive as mine from two years ago, but plenty big enough for six players and a GM. I thought I had a full house for my game, but actually two people had changed their mind. And one person replaced them, so I had five players. I gave each partially created Coriolis characters, and it didn’t take them long to assign stats and skills. The scenario was based on the events of my ongoing campaign. My players in that campaign had dramatically failed to steal a forbidden text, and the Dragonmeet players were investigators looking into the crime, and trying to discover who had hired the thieves.

It went … fine. Everybody seemed to have a reasonably good time, but it didn’t seem to … know really spark. There was nothing wrong with the players, they call got into their roles with their conflicting motivations. But the revelations didn’t seem to have the impact I thought they might. And the conflict chase at the end fell a little flat. They prayed frequently, giving me more Darkness points than I expected. And in retrospect I think I might have used the surplus more imaginatively. I also held back a little, when maybe I should have killed the party (I had enough darkness points to do so). It was OK, but it wasn’t great. Dave and I often banter about who the best GM is. I heard after my game that one of my players said they would have preferred to play in Dave’s game. So I’m conceding defeat on that score.

Hanging out at the podcast zone was great fun, but I didn’t get to talk to as many fellow podcasters as I wished. I had a good chat with Dem Drunk Blokes, played a game with The Formal Gamers, got interviewed by Critical Twits, borrowed The Rolistes recording equipment for a couple of impromptu recordings, admired somebody’s cosplay as their AP characters but failed to talk with How We Roll‘s Joe, whose AP I most admired when I listened to as many of the shows as I could.

The interview that I borrowed equipment for were with Lloyd Gyan, an on-line friend who was Captain Mal when I ran Firefly. He works for Modiphius now, and when they wanted him to run Coriolis for them, he asked me for a few pre-gen characters. So I wanted to interview him for the podcast’s Players in the Hamam spot. That gave rise to a second interview however. Lloyd raved about Nibiru. Given that Kalum, of the Rolistes, had already raved about it too, Dave and I had to (really we had to, Kalum almost dragged us to meet him) interview Fredrico Sohns, the creator of the game. He was based in the merchants hall, handing out QuickStart books in return for email addresses, in advance of an upcoming Kickstarter campaign.

There wasn’t much I wanted from the Marketplace. I have more than enough to play already and I have spent too much on Kickstarters. But I did want to pick up an All-Rolled-up dice tray. In the end I got two, an extra little neoprene one for a portable darkness point reserve. So my “haul” was mostly stuff that we had brought to the con – flyers, two branded tee-shirts (a change in case it was overly hot, but the temperature was pretty stable) and some lovely give-away prints of Samar’s Hamam, with David Reichgeld’s brilliant illustration. There’s a lesson there. We had 1000 flyers (it didn’t make sense to get less) and only 200 Hamam prints, which we hoarded a little offering them only to the people we engaged with. I think we should probably have done without the flyers, and been a bit more liberal with the adventure locations.

I’ll write a little more about Nibiru and a new app I have not yet mentioned, Muster, in future posts.