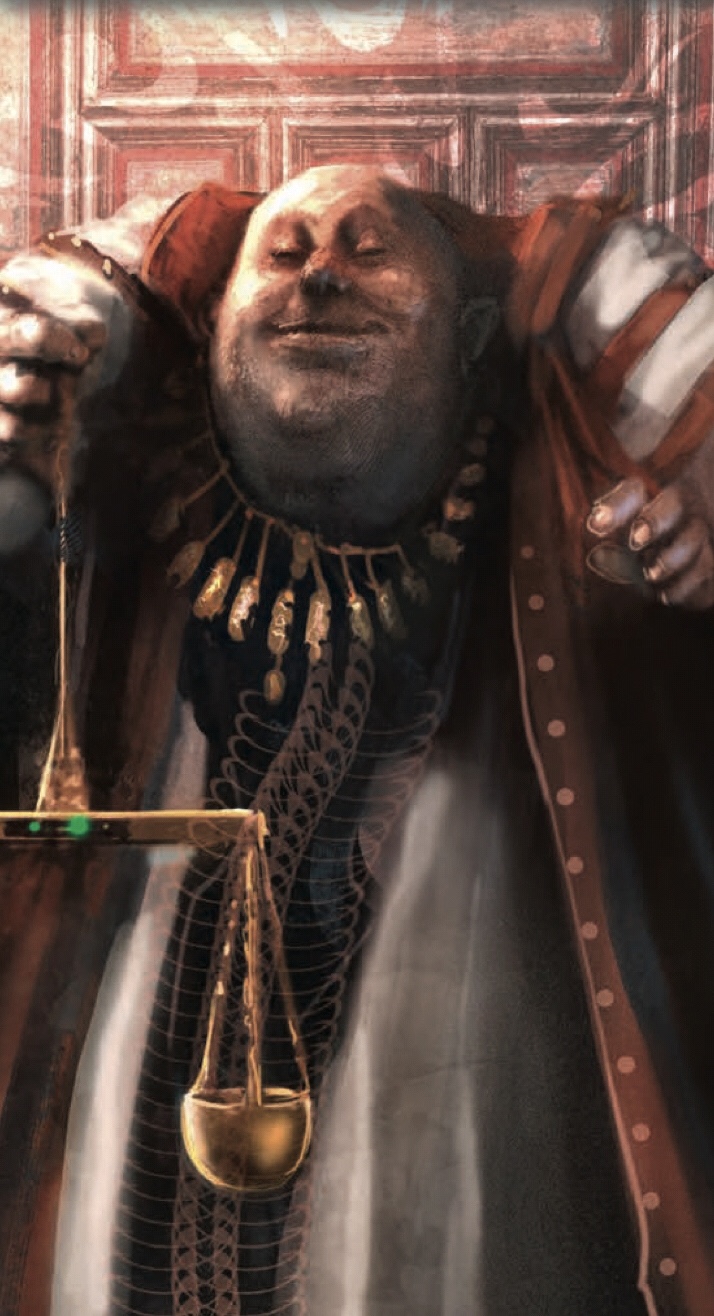 You have heard me grumble about the Reputation and Manipulation mechanics in Coriolis. My biggest gripe, as I explained in season 1 episode 17, is the potential for two starting characters to have a modifier of plus or minus six on manipulation rolls.

A few weeks ago, I played the QuickStart for the new Expanse RPG. It didn’t make me want to kick in for the game but I did like their social encounter rules. In that system, you have to work on building a relationship with your interlocutor, winning them over with a sequence of approaches and rolls. So for example, though they might be suspicious of you to begin with, you might buy them a drink to shift their attitude to a more neutral one. Then you might, for example flirt with them to make their attitude more positive, friendly even, then hit them with the question you really wanted to ask in the first place.

We’d recently been playing Tales from the Loop, and this longer social encounter mechanic, reminded me of Extended Trouble from that Year Zero Engine game. That is only really used in the climatic scene of an adventure. Most of the Troubles player characters face in Loop adventure can be overcome (or not) its one simple roll. Remember in Loop, the GM doesn’t roll, it’s a player facing game.

So, I thought, could we create something like an Extended Trouble for more dramatic manipulation rolls? I think we can.

Now I have to be clear, I have not tested it in play yet. I am having to take some time away from my local group, so the opportunity to do so won’t come up for a month or so. But this is my idea: Rather than use the difference in reputation as a modifier on manipulation rolls, make it a target. Make it the number of successes one party has to roll to manipulate the other.

Here’s how it goes:

1. Work out the difference between the reputation of the person you want to manipulate, and that of the member of your party present in the scene with the lowest reputation. (Which is to say, that you may be a courtesan with a high manipulation skill, and an excellent reputation, but you you bought your humanite soldier, with a rep of one or zero with you, it’s that reputation you are comparing, not yours. Faceman always worked best without BA around. )

2. That difference is the TARGET, the number of successes you need to get (though it never goes below one). You always have to get one success of course, which means that between two characters with the same reputation, manipulation rolls would work pretty much as they do already. The same would be true if the characters had one rank of reputation difference between them – although the one die modifier that the rules mandate would not apply under this system.

3. If the TARGET is between one and two, or maybe three, the manipulator can risk a single dice roll. If it is four or more, an extended manipulation attempt is required. The manipulator (and their allies if they wish) must work their way to achieving the objective.

4. Make a series of social gambits, which might include: offers or requests for hospitality, the exchange of gifts, ceremonial tea, compliments, chat up lines etc, banking your successes against the target.

5. Each roll will be modified by your opponent’s attitude towards you. Zero modifier if their attitude is neutral, minus one die if they are suspicious if you, minus two dice if they are hostile, and maybe minus three dice when there another aggravating circumstance. You can get positive modifiers too, maybe plus one die, if they owe you a favour, or plus two if they are a real friend already.

So for example, if you want a favour from some high ranking factionary, you might need six or seven successes. But you don’t need them all in one roll. You would, of course, if you demanded that favour straight away, but a wise traveller in the Third Horizon knows not to be so rude. You and your crew know how to be polite. So you might start by humbly requesting hospitality, make a roll for that, maybe with one less die, because the factionary is suspicious of your motives, and earn one or two successes. Bank those against your target, and compliment your host upon the quality of their baklava. You earn another couple of successes there, and chose to spend one to reduce his suspicions to a neutral attitude. Offer to pour the tea, roll and earn another couple of successes. That’s four successes against your TARGET of six. You could butter up the factionary some more, but time is short, you ask for the favour, and roll. You can always offer a prayer to Icons if you say the wrong thing…